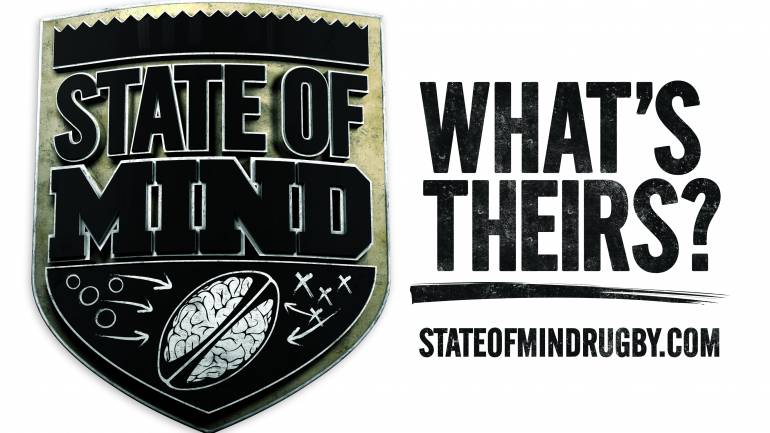 State of Mind is a charity that harnesses the power of sport to promote positive mental health among our sportsmen and women, fans and wider communities, and ultimately to prevent suicide.

Established in 2011, the State of Mind charity is something I’m really passionate about; the main aims being to improve mental health, wellbeing and working life of rugby league players and communities. I feel that it is important to get people talking about mental health and help to remove any stigma that is attached. There are many conditions and illnesses, that with the help of charities, have successfully worked on reducing the stigma attached to them, so why can’t mental health?

Following on from 2016’s successful weekend, Super League’s next themed weekend takes place from the 8th-11th June 2017. The theme chosen by State of Mind this year is that of loss, and the campaign will run under the slogan ‘Let It Out’.

For a sixth successive year, Super League will devote an entire round of fixtures to State of Mind, as it continues to lead the way in sport for its support of mental fitness. The games include:

The event is entirely focused on raising awareness of mental health in sport. State of Mind Sport is now a much-loved national charity and international movement delivering its message across rugby league, rugby union, multiple other sports, age groups and territories.

The State of Mind charity has a team of mental health and sport professionals deliver comprehensive education sessions at no cost throughout the UK in super league, championship and amateur clubs as well as colleges and community groups, aimed at raising awareness of mental health issues within sport.

I got behind State of Mind to get people talking about mental health. Mental health is an issue that can often be overlooked or avoided due to the often-complex nature of the diagnosis. Lets get together and fight the stigma attached to mental health and help people struggling with a mental illness.